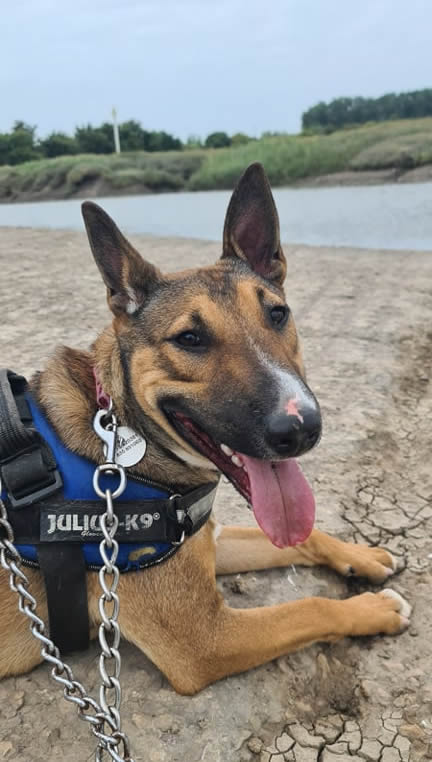 Barbara is looking for her forever home due to her owner’s health – it is a very reluctant rehome. This is how Barbara’s family describe her ….

“Barbara loves exercise – she has daily walks of 5-6 miles over 2 walks and then plays in the garden for a good hour chasing her ball. She can be very responsive to other dogs when she’s out on a walk – some dogs she’s not bothered about. It’s more excitement than aggression but does seem intimidating  to people walking past. She can be distracted with treats when walking past other dogs.

The first time she goes for a walk anywhere it takes ages as she has to sniff everything and I mean everything. She can smell a dead hedgehog or squirrel at about 100 ft! She also likes digging up plant roots and eating them, possibly a hangover from when she was a stray.

She is very distracted by birds when out on a walk – hates pigeons and crows and will try and stalk smaller birds. She prefers walks in fields woods and by rivers rather than on streets. No matter how long she has played outside chasing balls she needs to go out as well. If you’re late taking her out she gets very demanding and can be destructive to get your attention.

House training- she will always try and poo outside but if she can’t get outside she won’t give you a signal she will just do it. Best bet just leave the door open for her. She isn’t so good at weeing  outside she has sometimes come inside to wee when she’s playing out. We’ve tried puppy pads that we’ve moved outside and attractant to try and get her to wee outside but was still a work in progress.

Barbara has a mad half hour every morning where she does laps of the garden and house and growls. It sounds very aggressive but it’s just play, be careful not to get in her way though, she’s a little bulldozer!!!

She still mouths people especially when you first come in the house and visitors. This can be sometimes quite hard. She will also mouth your hands if she’s not getting the attention she wants. With visitors we found you can distract her for a while with doggy peanut butter or dog food in her Kong.

Barbara will sit on request and can be called in from the garden by whistling for her 90% of the time.

She likes to sleep in a crate at night – this is her choice – on her first night she just went and got in it. I’ve tried her out at night but she doesn’t settle and paces without her special place in her crate.

The parrot she was never bothered about but would just sit and watch it and take food from it when the parrot offered it to her. The tortoise never got a second look from her it was too boring!

Next doors dog was often worth a bark at but she was never aggressive towards it even though she could see it.
Barbara will eat your garden plants – anything you like needs to be where she can’t reach it. She will dig in the garden and any chews get buried or hidden. We’ve been finding them everywhere! If she thinks you know where it is she will dig it up and move it!

Barbara has funny eating habits. The first time you give her a certain food she will eat it all the 2nd time she won’t touch it. The best food we found was the trays of pure meat without added things. She also preferred her biscuits to be separate. She’s a bit sloppy with her water and will often tip her water bowl over.”

We are looking for an adult only home, or a home with teenagers for Barbara because she is lively and boisterous and likely to cause tumbles with younger children.

Barbara, like quite a few dogs, is not keen on reflective fabrics on outdoor clothing and has shown aggression to people wearing reflective clothing. Please be aware of this and be cautious around people in uniforms for eg.

Barbara is quite strong willed and intelligent, so needs a family who are on their toes and ready for a cheeky housemate! She is quite independent and not demanding of affection, she’ll come for cuddles when she’s ready, otherwise she’s happy to lay on the floor. 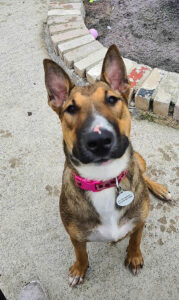 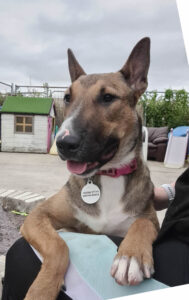 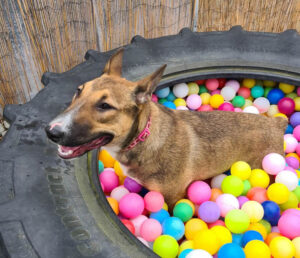 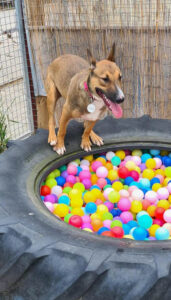 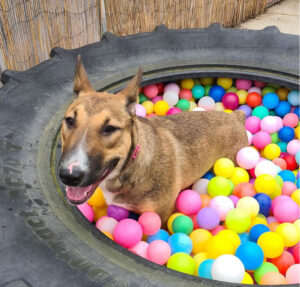 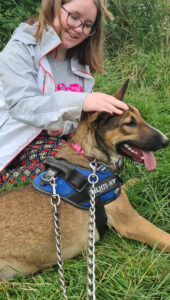 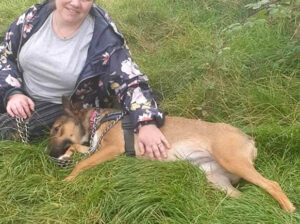 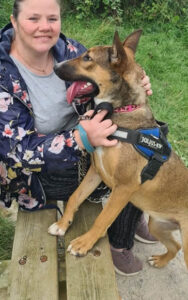 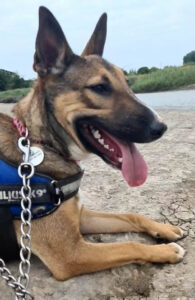 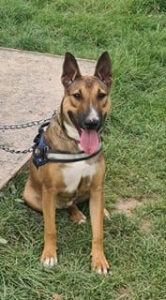 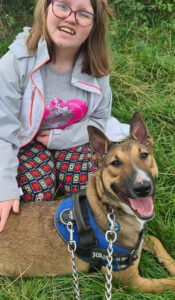 To adopt Barbara, please complete our adoption application form. We welcome applications from across Lancashire but unfortunately we are unable to consider applications from further afield. Homeless Hounds cannot rehome dogs to families with children under the age of 5. Home check and adoption donation applies. Thank you