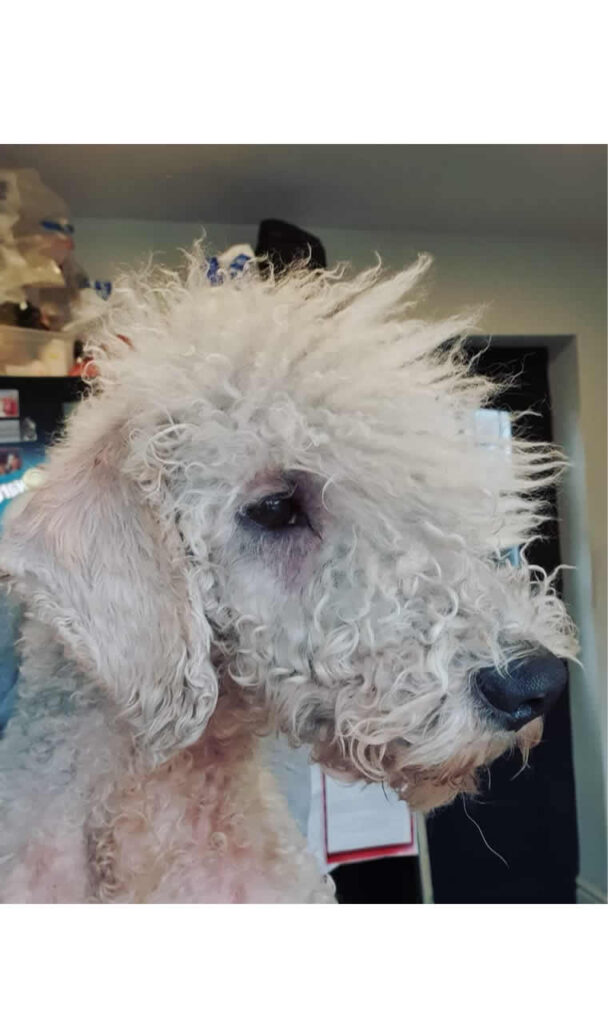 ***Derek is now RESERVED. We are no longer accepting applications for Derek, thank you***

Derek is looking for a new home through no fault of his own – one of his doggy housemates has started to pick on him and their relationship has become untenable.

Derek is a friendly lad with a lovely waggy tail. He greets politely (he does jump up, but tentatively, and will get down when told). Derek is very food orientated, so he’s a delight to train with treats. Has a few basic commands and the ability to learn many more. He’s quite a lazy lad who enjoys comfy beds to curl up in – you’ll never catch him lying down on a hard floor!

Derek is dog friendly. He lives with two dogs – he’s great friends with one of them but he’s being picked on by the other dog – she targets him and is making his life miserable but even that doesn’t stop him still being great with other dogs, and will still want to play either on walks or at home. Derek could be rehomed with other dogs.
Derek’s house trained but he will not go into the garden in the rain, whether you like it or not, you’ll have to take Derek on a walk on rainy days so that he can go to the toilet!

Derek’s crate trained. He sleeps in the crate overnight in the bedroom and he also sleeps in crate when home alone – he’s great in his crate and can be left home alone for a few hours. Derek takes himself off to his crate to sleep, he likes his little safe space, so his new owners will need to be accepting of the concept of a crate.

Derek’s not destructive and doesn’t chew anything – not even his stuffed toys. However, he will eat random bits lying around, like cotton wool for eg

He’s a lovely boy to walk – he’ll pull for the first 5 minutes and then settles nicely. He doesn’t go off lead very often at the moment because he likes to chase small wildlife and then his recall fails. He is much better at recall when running with a doggy friend and will recall alongside them. With work, his recall should improve but is unlikely to ever be bomb proof. Derek LOVES to sniff, so be prepared to stop frequently on walks. He doesn’t need massive walks, a couple of good walks a day will be enough. He’ll happily wear cosy jumpers and coats in the colder months.

Derek’s not scared or spooked by anything inside or outside of the house – he’s a confident little lad. He plays nicely with toys, either on his own or with whoever is around. And he’ll play with toys with other dogs too. Derek doesn’t understand fetch, but he hasn’t really been taught, so there’s room for that game to be introduced.

Derek loves sitting on the window sill watching the world go by. He doesn’t bark at all unless another dog barks, then he’ll join in. He’s great travelling in the car and wonderful at the vets. Derek will tolerate bathing and full grooms, including the blower and ear pluck.

Derek has a skin condition that hasn’t been diagnosed by the vet. His coat is thin on his paws, legs, under his chin and neck. The skin looks sore in places, especially his paws. His owners have tried special diets and antihistamines but nothing has really solved the problem. His skin is particularly bad at the moment – this may be stress related (due to the other dog). He does nibble his feet, so maybe regular paw rinses after walks might help. He is currently on a sensitive kibble and the new owners will need to maintain this. 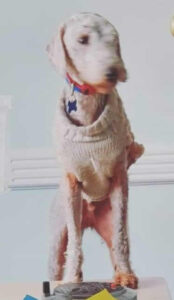 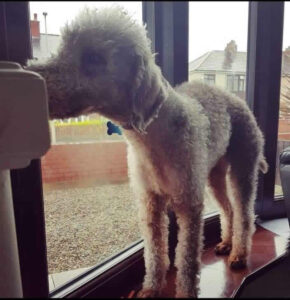 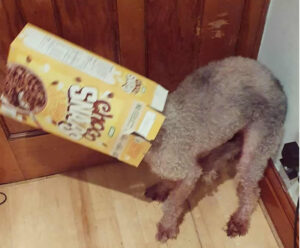 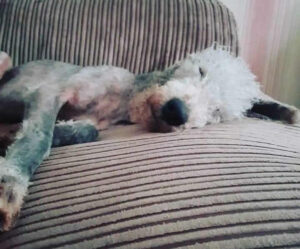 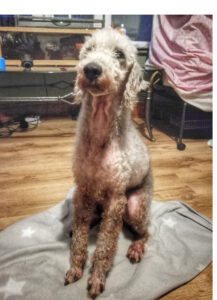 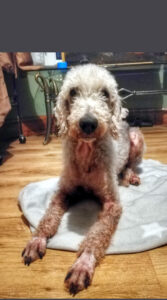 To adopt Derek, please complete our adoption application form. We welcome applications from across Lancashire but unfortunately we are unable to consider applications from further afield. Homeless Hounds cannot rehome dogs to families with children under the age of 5. Home check and adoption donation applies.