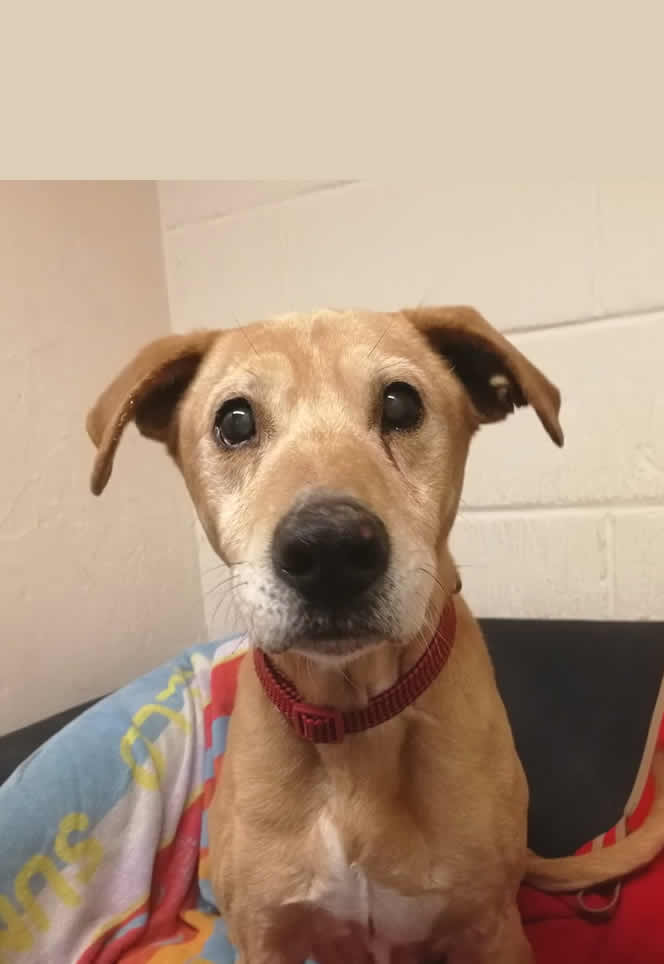 Kingston will melt your heart. We’re hoping that he’ll get snapped up really quickly because at his age he deserves all the love and home comforts that he’s missing out on. He needs spoiling rotten!

Kingston is a delightful little soul, he has the waggiest tail and sweetest puppy face. He’s a very small sized Labrador and still needs to gain some weight.  He is a lover of the toys – he’ll select his favourite and take it onto his bed or the sofa for a good old chew. He’ll play a gentle game of catch too if you swap his toy for a tasty treat. And my goodness, he LOVES his treats and assumes that every time you put your hand towards him, that you’re offering him a treat and he’ll automatically nibble your fingers!

A couple of weeks ago, Kingston became very poorly – he went straight from the vets to one of our amazing emergency foster carers. This is what she says about lovely Kingston…

“…Kingston loves to snuggle up on the sofa and he has started to show signs he is getting used to me and my routines. He is a very loving dog and apart from an ear infection (which he has drops for) he is fit and well again.

Kingston is very food driven and will pinch anything he can get his paws on, he has taken food off the work top so it’s better not to leave any food within his reach. He has gained weight, 2.1kg in the first 5 days. I’ve started feeding him X 3 daily but in smaller amounts as he was regurgitating undigested food. This new feeding pattern seems to work.  Kingston hasn’t been aggressive or protective of his food.

One time when I was eating and he came to smell my plate I instinctively put my leg out to keep him away. He backed off very quickly and laid on the floor, head down. I think poor Kingston may well have been kicked in the past.  I’m very careful now not to raise my leg in away he might feel threatened.

Kingston drinks copious amounts of water and will drink from the bathroom if the door is left open and toilet lid is left up. After some accidents of both urine and vomit due to the excessive intake of water I restricted his access to water. He has been much better and no longer drinks his water bowl dry as he did previously. He generally does go outside for his toilet but there are some toileting issues overnight.

Kingston sleeps in the lounge on the sofa as he’s so thin it’s more comfy for him than the crate.

Kingston hates other dogs and is very reactive, he can also be reactive to anyone passing by. I think this is connected to his poor eyesight. He isn’t overly aggressive when he sees other dogs it’s more just barking but I think he might be aggressive if he actually made physical contact.  I’ve kept him on the lead at all times but he is now extremely strong and I struggle to manage him. Although Kingston is an old boy aged 15 he is still very puppy-esque in many ways eg very full of energy in between his numerous sleeps.

Kingston can happily be left for longer periods in his crate. I’ve left him uncrated when I’ve had to pop out for  short periods and he’s been fine.  He hasn’t chewed or destroyed anything when he’s had plenty of chewy things to keep him occupied.

Kingston is not a happy traveller and will bark constantly. I have used a seat belt restraint for him but he has managed to pull this out of the seat belt lock so he needs a secure crate in the car if any journey is absolutely necessary.

My niece has visited with her young son. We supervised them very carefully and I initially kept Kingston on his lead. He was very good and they got on well. Kingston played fetch and settled down for snuggles with him. I obviously wouldn’t advise leaving a dog alone with a young child but I think Kingston is probably child friendly.

Kingston loves playing fetch but needs to drop the toy before you pick it up and throw it, he won’t let go if you try to take it from his mouth.

We’ve noticed that Kingston seems to have some issues with his left back paw and his legs can suddenly buckle for no apparent reason, this happens with his front paws too. It happens randomly and doesn’t last so it’s not possible to video it but I think it might be age related rather than anything injury related.

Kingston will need someone who can handle a very strong dog who pulls on the lead and will lunge at other dogs or passers by. Kingston soon settles down and attaches so he won’t have any problem settling in his new home, he will be a very loving pet.”

Kingston would benefit from a rural home, or a home where he can be walked at quiet times of the day – this will make walkies much more pleasant and relaxing for him (and his walker!). Kingston is living in kennels and we’re longing for him to find his perfect home. You can adopt Kingston so that he’s officially your boy, or apply to give him a permanent foster home. Please feel free to message us if you have any questions. 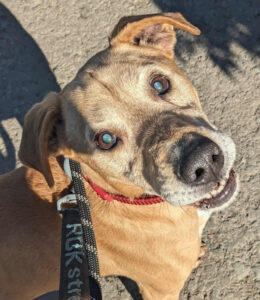 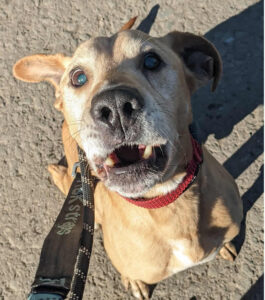 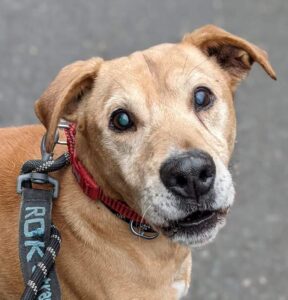 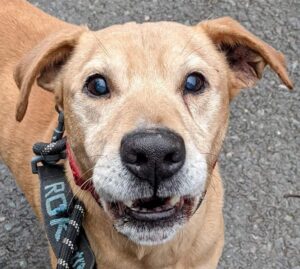 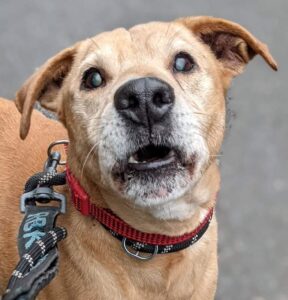 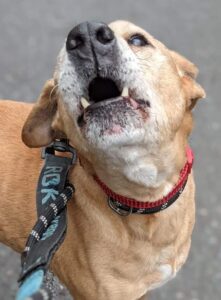 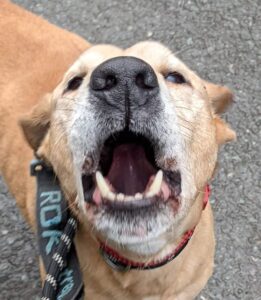 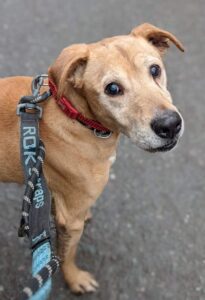 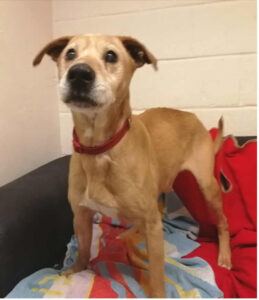 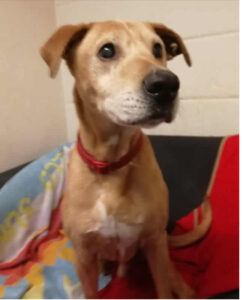 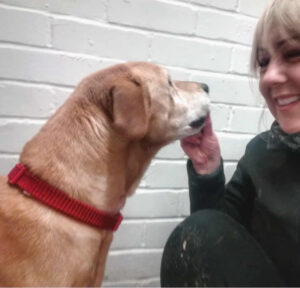 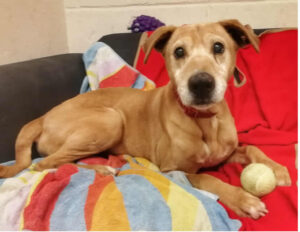 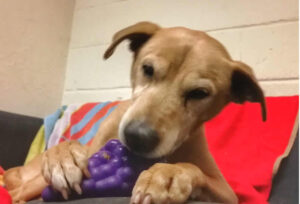 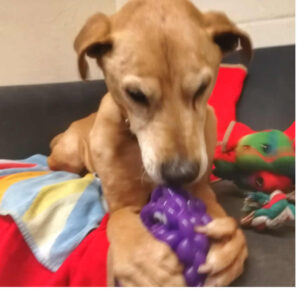 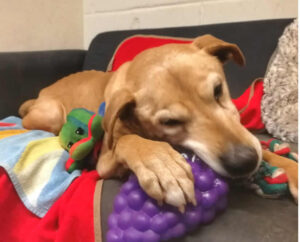 To adopt Kingston, please complete our adoption application form. We welcome applications from across Lancashire but unfortunately we are unable to consider applications from further afield. Homeless Hounds cannot rehome dogs to families with children under the age of 5. Home check and adoption donation applies. Thank you