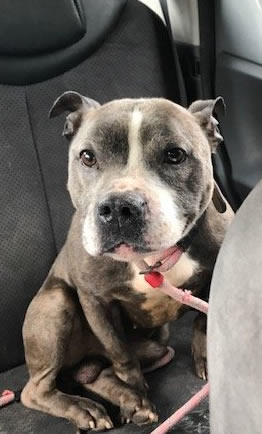 Dinky little Tyson is living with one of our amazing foster carers, this is what they say about him…

…”Tyson has a mild skin condition which is easily managed by a special shampoo. He tolerates being showered but it isn’t his favourite pastime. He doesn’t guard his food but he is very food orientated. He can obey simple commands but sitting can be uncomfortable for him due to suspected Arthritis in his back legs. He has been very friendly with everyone he’s met young or old but he’s not been around very young children.

Due to renovation work here, he has been subjected to noise from heavy plant equipment, drills and diggers in addition to the usual household appliances and non have bothered him. He’s indifferent to other dogs for the most part and never shown any aggression but he has recently started pulling towards other dogs. His tail is wagging but other owners see a Staffy and cross the road to avoid meeting. In Pets at Home we met a young female Staffy, it was a friendly encounter and Tyson dropped in submission, he later ignored a terrier that barked at him and ignores dogs who bark when we pass their houses. He doesn’t bark (never heard him bark yet) but appears to dislike cats and will really pull towards them and needs distracting to break his pursuit mindset.

Tyson travels really well in the car and isn’t destructive, he hasn’t chewed anything he shouldn’t and but he has recently chewed two of his soft toys. He is at his happiest when he is next to you on the sofa, he does tend to follow me from room to room at times. Tyson is house trained but he gets so excited meeting people he has a little wee. Once he’s eaten he usually toilets a short time afterwards. He loves his walks and walks well on his lead but as he’s started to feel better he has started to pull and needs keeping . Tyson’s unpredictable on recall, on the long lead he will eventually come back but only when he’s ready.

Tyson can be left on his own for a few hours, he just sleeps until you get back. I haven’t used a crate at all. He prefers to sleep downstairs on the sofa and happily settles after his bedtime treat. He is showing a bit more defiance now he’s feeling better (after being unwell when he first arrived) and I think the real Tyson is beginning to evolve. He is due to be castrated which may help calm him down. He will attention seek but responds to a firm no or stop so his new owner needs to be firm with him and teach him his manners. He’s now ready for his forever home and will make a super companion, he just needs firm guidance to establish boundaries.”

Tyson is taking Loxicom to help with pain in his legs – it’s possible that Tyson has arthritis. We would prefer Tyson to live in a home where any children and visiting friends are old enough and sensible enough to respect that Tyson may have discomfort in his legs and allow him to move and rest at his own pace.

Tyson was a bit too interested in the sheep grazing so he won’t make a good farm dog! His family will need to make sure he is always on lead where there may be livestock. 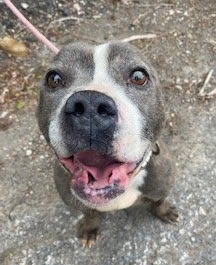 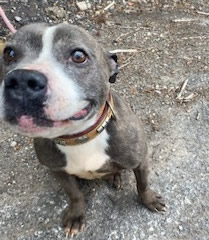 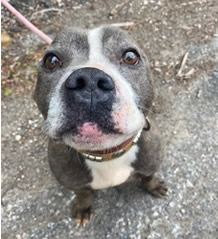 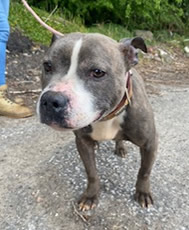 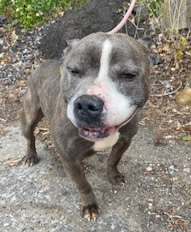 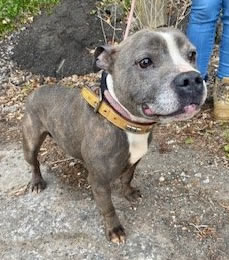 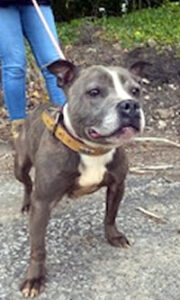 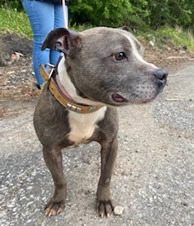 To adopt Tyson, please complete our adoption application form. We welcome applications from across Lancashire but unfortunately we are unable to consider applications from further afield. Homeless Hounds cannot rehome dogs to families with children under the age of 5. Home check and adoption donation applies.